5 tips for choosing the best robot vacuum for carpets 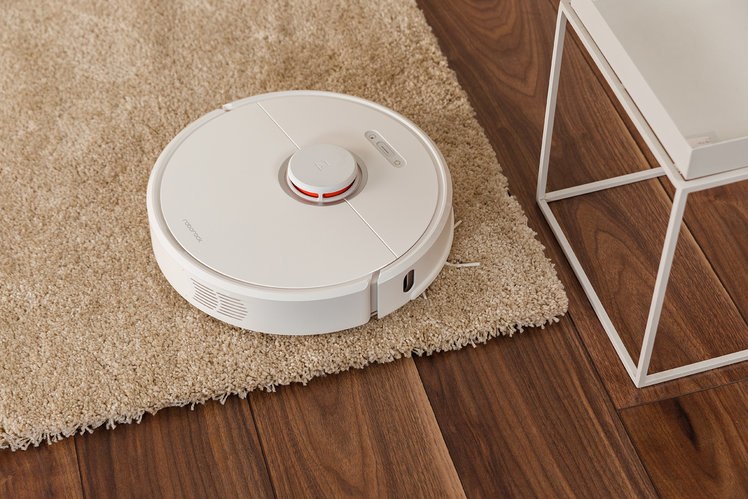 It ain't easy, being lazy. Well, what we mean to say is that, for all that we're converts to the world of robotic vacuums doing our housework for us, we're very much aware that there's an absolute plethora out there to choose from. It can be relatively hard to differentiate between them.

We're big fans of Roborock's range of robot vacuums – they're all reliable and affordable options and useful yardsticks for the industry. So, we thought we'd run you through some areas that you should be considering as you work out what type of robot vacuum to buy to sort out your carpets.

1. How big a carpet needs cleaning?

The first key question to ask yourself is this – how big is the carpeted section of your home? Or, more pointedly, how big is each floor of your home? One frontier that robot vacuums, even ones as advanced as Roborock's, haven't crested yet are stairs.

If your flat or home has an area on one floor that's less than 150 square metres, versus one that is over, say, 200 square metres, you're looking at different needs. For the former, the Roborock E3 would be more than enough, while a bigger property might benefit from the added smarts of the Roborock S5.

Either way, be sure to think about your areas before you commit to a machine.

You could be forgiven for scanning your eyes past a piece of information like "2,000Pa in suction power" on a product listing. It's one of those technical details that might not make much sense. But in the real of vacuums, suction is everything, and you don't want to wind up with an underpowered bit of kit because you didn't realise.

Many of Roborock's vacuums, including the E3 and S5, have a full 2,000Pa of pressure exerted through suction, a great standard that will see them handle whatever detritus is around your home. Why settle for less? That's an amount of pull that will be able to really ably get dirt and dust out from the fibres of your carpets, leaving them fluffy, soft and clean.

Another key detail that might not strike you as too important is the size of the dustbin that's housed inside the vacuum you end up going for. For some context, many of Roborock's vacuums have a 480ml bucket that will rarely need emptying. Some, like the E3, actually have an even bigger one – it's packing a giant 640ml bucket that puts the competition to shame.

Really, the bigger this number, the better, as a small bin means more frequent emptying. Roborock's focus on roomy bins is therefore much appreciated, even it's not the most glamorous sort of tech! 4. Don't worry about a thing

If you're like us, you have rugs and carpets in your home, but that's by no means the only surface out there. Whether it's tiled bathrooms or kitchens, or sections of wood flooring, you want a robot vacuum that won't be stuck catering to only one specific type of floor.

Roborock's vacuums have a smart carpet detection system that takes all of this out of your hands, and lets you get on with more important considerations. This system effectively means that the vacuums can detect when they transition between carpet and hard flooring, and adjust their suction accordingly. This uses the maximum suction settings to get in amongst those carpet fibres, while using quieter, less powerful modes on floors where that's not necessary.

Of course, you don't want a robot vacuum buzzing around your house all day. With easily set-up routines and patterns, you can use the Roborock S5 Max to smartly and unobtrusively clean your house when it's most convenient.

For example, you could set the vacuum to quietly clean hard floored rooms in the early morning before you're up and about, before taking the more powerful suction to your carpeted rooms in the afternoon.

When the S5 Max has completed its routine, or run out of battery, it'll head home to its charging point without your intervention. Best of all, if it still has some cleaning left to do, it'll go back out to do it from where it left off, again without any prompting needed.