Will Google launch this display-equipped Home Hub next month? 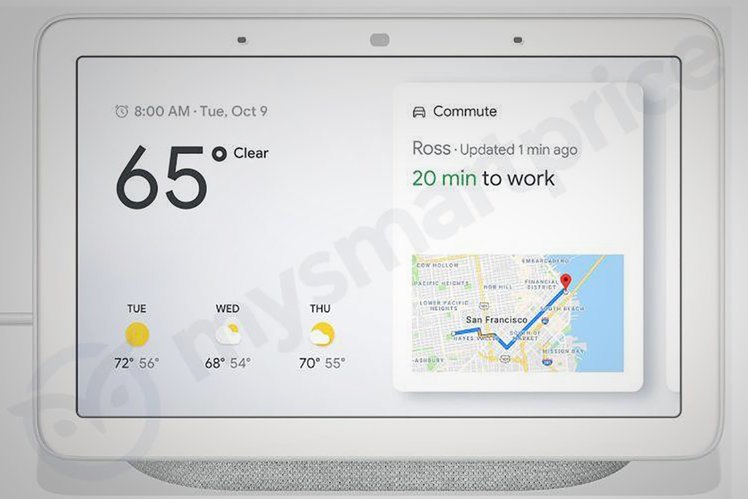 Google is holding an event next month, when it's supposed to unveil the Pixel 3, but it might also debut a new Google Home device.

The company has been rumoured to be working on its own "Smart Display", and now, that device has leaked online as the “Google Home Hub”, thanks to MySmartPrice. Images and details published by the site show a device that consists of a 7-inch display mounted on a speaker base. The minimal design of the device and gray and white colour scheme reminds us of existing Google Home products.

Keep in mind a few different third-party companies already make Google Assistant-enabled Smart Displays, including JBL and Lenovo. It seems like this new device from Google itself will function similarly to those, allowing you to get weather and traffic reports, ask general questions, and pretty much use Google Assistant like normal, though tasks will be shown on the display alongside verbal feedback. You'll also be able to do things like see your Nest cam feeds on the device’s display, see your photos saved to Google Photos, and more. Other details we can glean from the leak is that Google Home Hub will be available in not only a “Chalk White” colour but also in “Charcoal”.

It's unclear if this leaked device is the same Google-made "Manahattan" device we first heard about nearly a year ago, but it's probably a safe bet. Also, Nikkei recently claimed that Google was meaning to compete with Echo Show this year, so if you add it all up, it sure seems like the Google Home Hub will almost definitely launch at Google’s annual “Made by Google” event on 9 October in New York City.

Pocket-lint will attend a concurrent event in Europe and plans to bring you the latest as it happens. Follow our Google hub for more.