Get Coachella-ready with a little help from Google Home 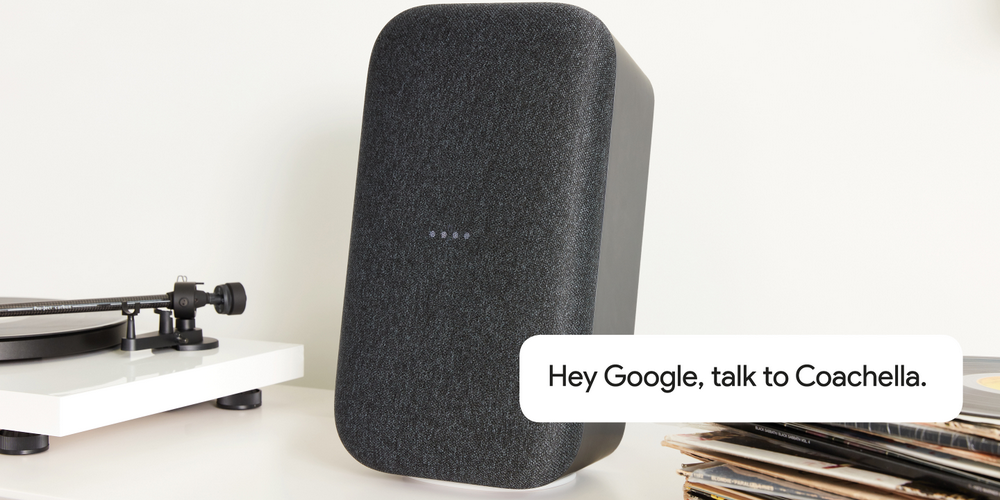 It’s almost time for Coachella-goers to descend upon the desert. At Google, we’ve been cooking up a few ways to help you get festival-ready, so you won’t miss a beat.

Using your Google Home, Mini, Max or the Google Assistant on your phone, here’s what happens when you say “Hey Google, talk to Coachella.”

Once you’ve done all that, it’s time to ride the legendary Coachella ferris wheel. But this year, there’s a Pixel twist. We’re turning a few of the Ferris wheel gondolas into Pixel photo booths— complete with iridescent backdrops for stunning selfies above festival grounds.

You can also tune in to Coachella’s YouTube channel from April 13 – 15. From headliners to some of the biggest artists on the rise, livestream performances will include Beyoncé, The Weeknd, ODESZA, Post Malone, The War on Drugs, Kygo, Chromeo, Alan Walker, BØRNS, alt-J and many more. If you’re watching from home, the VR180 livestream (also on Coachella’s YouTube channel) will make you feel like you’re there—you can view select performances using Google Cardboard and Daydream View.

So, whether you’re packing your bags for Indio or tuning in from your couch, we’ve got you covered.