What is ZigBee and why is it important for your smart home? 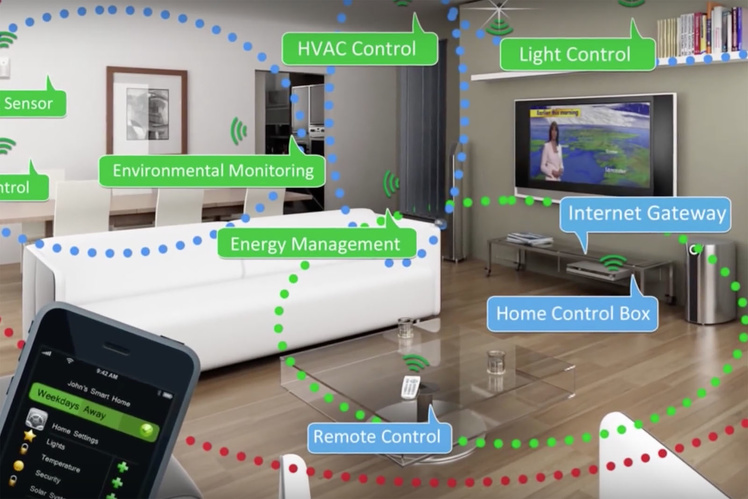 There's been an explosion in smart home devices over the past few years. What was once referred to as "home automation" and still referred to as "Internet of Things" has now settled into a more friendly category we call smart home. We've got heating, lighting, cameras, sensors for just about everything, as well as new devices popping up every week to drag your home into a connected future.

Over the past few years, we've moved from a position of disconnected systems into a world with emerging hubs, with big devices like the Amazon Echo and Google Home acting as hubs to tie all your connected services together, along with emerging platforms like Apple HomeKit and Samsung SmartThings.

So what role does ZigBee have to play in this brave new world of the smart home? Pocket-lint is here to supply all the answers.

The whole idea behind the smart home it to have everything talking to everything, so you stay informed while you're devices stay informed too. That might be that your lighting talks to your security camera or that your smart coffee machine turns on when you get out of bed. The Internet of Things might be a fairly useless term, but essentially, that's what's happening – everything is connected, meaning that information can be shared and your life can be controlled without the need to visit each thing individually.

All of these connected devices are being handled by automatic systems over a single network. The result? You have a smart home, thanks to smart applications and devices. But there's just one problem: many companies make these different devices. In order to get them to work together on a single network, you have to use a single common language. That's where ZigBee comes in.

ZigBee is based on the IEEE's 802.15.4 personal-area network standard. All you need to know is that ZigBee is a specification that's been around for more than a decade, and it's widely considered an alternative to Wi-Fi and Bluetooth for some applications including low-powered devices that don't require a lot of bandwidth – like your smart home sensors.

In reality, for a customer putting together a smart home, a device that supports the ZigBee protocol may still be siloed, but as we move forward, with more devices wanting to act as the central controller, having fewer wireless protocols for your smart devices has a distinct advantage – especially if it means you can avoid having a huge collection of hubs connected to your router.

What is mesh networking?

A mesh network is when a network connection is spread out among wireless nodes that can communicate with each other and share a network connection across a large area. Think of nodes as small transmitters that function in the same way as a wireless router. ZigBee's ability to support mesh networking means it can boost data transmission range and provide greater stability (even when a single connected node fails and doesn't work).

With ZigBee, you will likely have a master coordinator node that controls other connected nodes – for example the Amazon Echo Plus. If one node fails for some reason and cannot communicate with a second node on the mesh network, the master node and second node may communicate by linking to a third node within range. Every node acts as a repeater of sorts, and all nodes cooperate in the distribution of data – hence mesh network.

ZigBee supports up to 65,000 nodes on a single network.

What devices use ZigBee?

So now you know what ZigBee is, it's worth running through devices that work with ZigBee. Just because they use this standard of wireless networking doesn't immediately mean that things will work in harmony, after all, you might not have a controlling application that knows what all these devices are.

Here are some of the big users of ZigBee in the smart home:

Just because a company uses the protocol, doesn't mean it will instantly play nice, however. Philips Hue uses ZigBee to connect its bulbs, but that doesn't always mean you can add in additional bulbs from a different manufacturer.

However, with the announcement of the Amazon Echo Plus, there's a big change in how we can approach ZigBee devices, because you can have Alexa controlling all these different types of devices, without needing the hubs or apps from each manufacturer. The Echo Plus can be told to search for devices and would, for example, find a Philips Hue bulb and be able to control it, without needing any input from Philips at all.

Where the Amazon Echo devices are interesting (and Google Home or Apple HomeKit), as that they are smart AI devices that will control a lot more. For example, the Echo Plus can control ZigBee devices directly, but will also let you enable skills to control devices running on other standards, like a Ring Video Doorbell, for example.