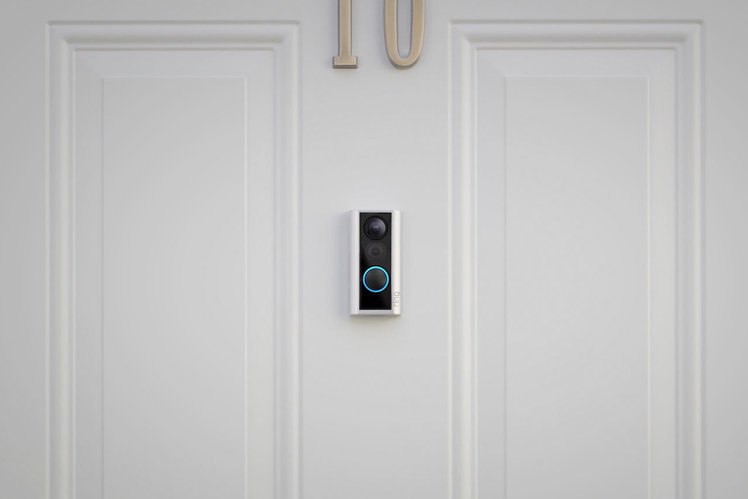 Amazon-owned Ring is kicking off CES 2019 – and the new year – with a new video doorbell, a Smart Lighting system, and a Ring Alarm expansion. Ring's latest video doorbell is the Door View Cam. It looks like the other doorbells, but what's unique is it's designed to replace the peephole on doors. Simply swap out the old peephole, and then slot in the new video doorbell on the outside of the door and the battery on the inside of the door. You'll still have a peephole viewer via the door, but also now through the Ring app.

Door View Cam can also alert you when someone knocks on the door – something Ring's other devices can't do. Ring hasn't announced a release date, but when Door View Cam does launch, it'll cost $199. We're waiting on UK pricing. Watch out, Philips: Ring has entered the smart lighting space. It announced a "Smart Lighting" lineup that consists of wireless and wired floodlights, spotlights, path lights, and a step light. There's also a motion sensor, which is designed to set off lights around a home or property should it recognise movement, as well as a Ring Bridge, which will give the lights a range of 1,000 feet.

Ring said you can get notifications when motion is detected, and you can easily program the lights to kick on and Ring cameras to simultaneously start recording should motion be detected. The best part is Ring's Smart Lighting lineup is available to pre-order now, with shipping from 6 March. Pricing goes from $18 for a step light to $70 for a wired floodlight. The Bridge is $50.

We're waiting on UK pricing and availability and will update when we know more. Ring offers a home security system, called Alarm, which launched last year with a kit that consisted of an alarm, keypad, a motion sensor ($30 each for additional ones), and a window or door sensor ($20 each for additional ones). Ring is now expanding Alarm to include a few more sensors: a flood and freeze sensor, a smoke and CO listener, a dome siren, and a smoke and CO alarm.

Ring has not yet announced pricing or a release date for these new products.

It is also introducing smart lock integration with triggering functionality. So, you can add smart locks to the Alarm system, and when a smart lock is locked, it can activate Alarm. Ring will also begin selling three third-party smart locks directly on its website. It plans to integrate with August smart locks at some point in 2019, too. We will keep you posted when that happens.