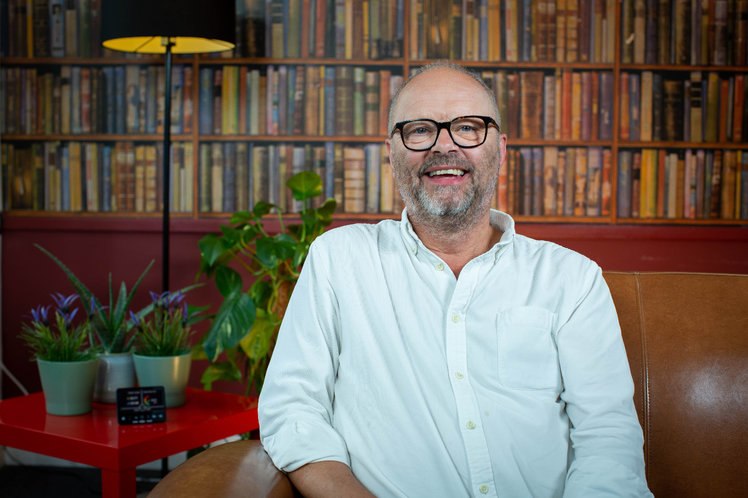 Robert Llewellyn, Red Dwarf's Kryton and energy saving evangelist, believes that home battery power is the key to the future. It can improve our energy footprint and slash our electricity bills.

As well as star in the hugely successful sci-fi sitcom, he is host of Fully Charged on YouTube and took the time out to talk to Pocket-lint for our podcast out this Friday.

He explained to us his part in a new report, created in collaboration with Smart Energy GB, that looks at ways we can save energy and our electricity bills in the future.

Llewellyn, who runs two electric cars and has installed solar panels and a battery to store to collect electricity in his home in the Cotswolds, says his electricity bill throughout the summer is under £10 a month.

"It might not make immediate sense why a smart meter is a really good thing for your house," he told us for the podcast. "What is happening now, and at incredible speed, are really complex changes to our national grid, to how electricity is distributed, to where it comes from, and how it is produced. Those things are going to start affecting more and more people."

Admitting that many don't really understand what to do with the information a smart meter provides, Llewellyn added: "Managing all that is really complicated and smart meters, in a sense, are a community benefit rather than individual. A bit like vaccinations… the more people that have smart meters, the more information there is about the use of our electricity and the better managed it can be by the national grid."

But smart meters aren't for everyone, agreed Llewellyn: "If you have a two-bedroom apartment and you aren't doing anything interesting, a smart meter is of less benefit to you today. But, I would suggest within two to three years, it will be much more beneficial."

The TV star who admitted that he is an "energy nerd". He revealed that he learned to be more aware of his electricity costs after buying an electric car.

As part of the Smart Energy GB commissioned research, 70 per cent of the 2,000 adults questioned in the report said they would like an eco-friendlier home. However, two in 10 don’t know how to go about it. And, over two thirds think it’s too expensive.

Despite this, the survey found that 83 per cent of Brits are interested in new technology that would make their homes greener.

As to the future, Llewellyn believes that, because the cost of home batteries is coming down so quickly, they will change the market very quickly once companies realise it's cheaper to store energy rather than just make and transport it over long power lines: "If you can produce the fuel to run your home the advantages are multiple," he said.

You can listen to the full interview with Robert Llewellyn on the Pocket-lint podcast available from Friday 13 September.