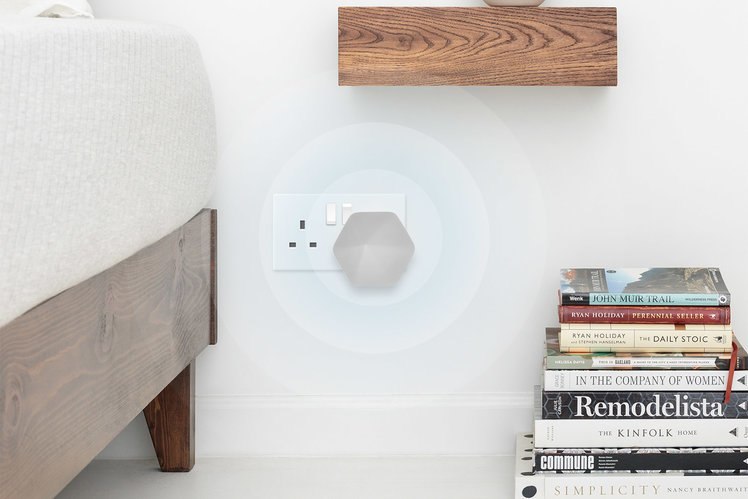 After a brief stint as a TalkTalk exclusive, the Plume mesh networking system is now available to all UK customers.

Its full UK debut also coincides with the launch of a new device in the Plume line-up: the PowerPod.

A Plume setup usually comprises at least one SuperPod and, now, a couple of PowerPods, depending on the size of your home.

They are placed in different rooms, with the SuperPod connected to your home router, and work with one another to ensure there are no holes or weak signal points in your Wi-Fi. The Plume SuperPod is a tri-band device with two Ethernet ports, so ideal to link to your router and a device that requires a wired internet connection.

The new PowerPod has one Ethernet port and works on dual-band, so is well suited to another room in the house.

Both plug directly into a wall socket – you do not need to have ugly cables running to a separate device, unlike many other systems, bar the router connection on the main device.

Plume is also different to most mesh network solutions in that the company runs the service as a membership scheme. You buy a Plume starter pack comprised of SuperPods and/or PowerPods along with a yearly subscription to the Plume platform.

This not only feeds your devices updates and adjustments that better aid your wireless signal, but ensures the security of your home system is adapted to counter any abnormalities or threats.

A Plume app not only helps you set-up the devices, but set optional parental controls, time-of-day restrictions and switch between other features.

A Plume membership costs £99 per year, with a starter kit for a reasonably-sized one to two bedroom house costing a further £99. This contains one SuperPod and two of the new PowerPods.

If your home is larger (three to four bedrooms), the same membership fee applies but the starter kit includes three SuperPods instead. It is priced at £199.

UK orders can be made through Plume's dedicated UK website here and starter packs will ship from 15 April. The Pods come in either champagne or silver.