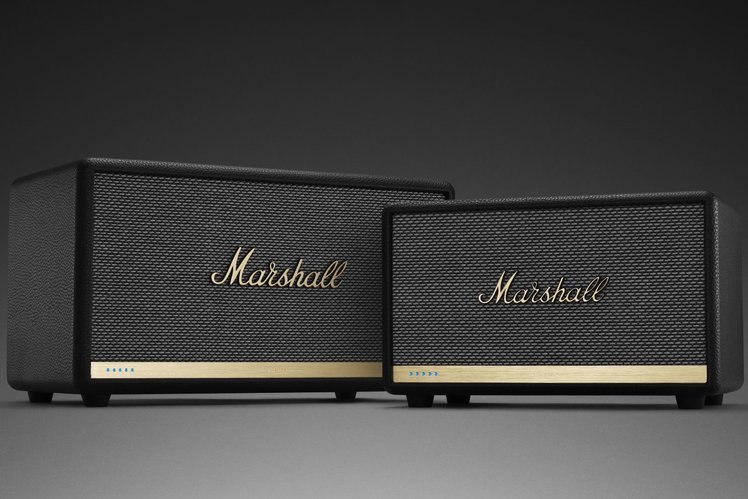 Marshall has announced Amazon Alexa-powered versions of its Stanmore and Acton speakers are UK-bound.

Known as the Stanmore II Voice and Acton II Voice, the new speakers are rather familiar at a glance. They take on the famous look and feel of Marshall’s amps including the vinyl covering and on-grille logo, the £269 and £349 speakers feature class D amplifiers and custom-tuned drivers.

Marshall promises "an explosive sound" (check out the "power of voice" promo video below) and as you'd expect there are knobs to adjust the volume, bass and treble on top alongside a source switcher – Wi-Fi, Bluetooth, auxiliary and RCA.

There's also a play/pause button as well as a mic button, presumably to stop Alexa from listening just as you can on Amazon's own Echo devices. There's also some blue LEDs on the bottom left of the front of the device that show when Alexa is listening to a command.

Naturally, there's full support for all of Alexa's features and the music services it supports including Amazon Music Unlimited, Amazon Prime Music, Spotify, TuneIn and Deezer. Of course, you can play music from other sources via Bluetooth.

Google Assistant versions of the devices will also be available and it won't be too long before these are on the streets; Marshall's information cites "this year" as a launch date.