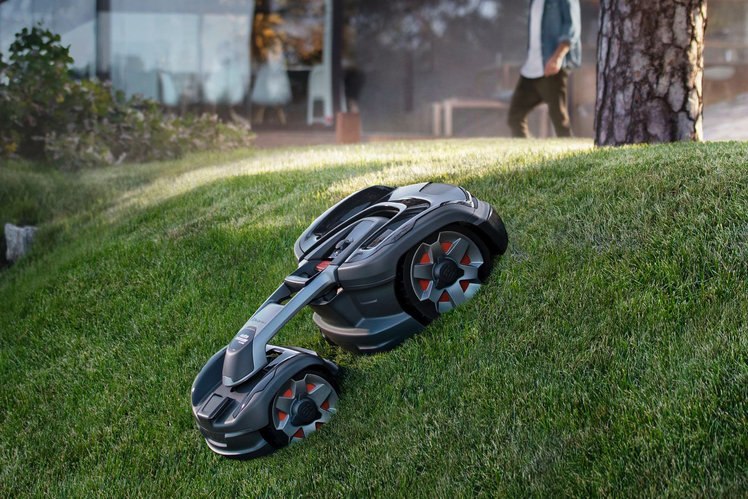 There's a new robotic lawn mower available that gives us hope they might soon become more common, at least in the UK.

Last week at MWC, Husqvarna announced an all-wheel drive (AWD) 435X that works with Amazon's Alexa and Google Home. That means you can control the mower with your voice. Plus, with the new AWD capability, it can handle hills and rough landscape with minimal issues. Husqvarna said the 435X AWD can handle an incline of up to 70 per cent. It also has a rotating front axle for maneuvering.

Husqvarna thinks the 435X AWD will set "a new standard" for robotic mowers. If you have an impossible garden that requires many products, from string trimmers to push mowers, the 435X AWD could be the perfect all-in-one solution. It even has built-in safety features, including a mechanism that stops the 435X if it's picked up or turned over and an object detection system that reduces the speed if something approaches it.

There are several optional accessories for the 435X AWD, too, including replaceable top covers in white and orange as well as a brush kit that keeps the wheels clean. Lastly, it can last up to 100 minutes on a charge, and refilling the battery will take around 30 minutes.

But let's be real: the main feature on the 435X is voice control.