How to setup Nanoleaf screen mirroring to sync your light panels to films, games and more 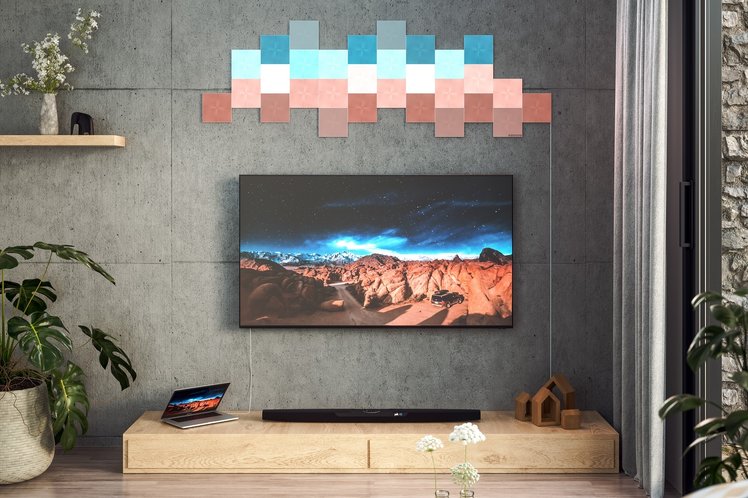 A while back, Nanoleaf announced it was updating its software to allow you to mirror the colours on your TV screen or monitor with your light panels.

Whether you're running the square canvas panels or the older triangle-shaped ones you can now make things even more interesting and create a more immersive viewing experience. This new system is similar to that offered by Philips Hue. It allows you to use an app to mimic what's on the screen and create colourful ambient lighting to complement your viewing experience.

How to start screen mirroring

To get started you first need to download the Nanoleaf Desktop app.

From that app, you can then add in your devices – choosing which light panels you want to use and which rooms they're in. You can use this app to then mirror not only what's on the screen, but also which screen. So if you have multiple monitors, for example, you can choose to set the different light panels to mirror different screens.

You do need this app running on a laptop or computer though, so it can't necessarily be used to mirror what's on your TV unless you play Netflix (for example) to it via a laptop.

However, you can do some neat things with this system. For example, you can resize the panels and choose which parts of the screen they're mirroring.

You can also choose from different mirroring modes – selecting between match, melt, fade and palette modes which give slightly different effects and styles to the way the mirroring syncs.

Melt, for example, dissolves colours between scenes and makes for a mellower experience. While Match offers a more "hyper-realistic" screen mirroring experience.

Another bonus of the Nanoleaf Smarter Series app is it works on both Mac and Windows devices and uses your favourite web browser to give you easy access to lighting controls.

Outside screen mirroring, you can also use this app to switch between the standard lighting scenes with a few simple clicks. Whether that's standard colours or rhythm modes.