How to group multiple Amazon Echo devices for music 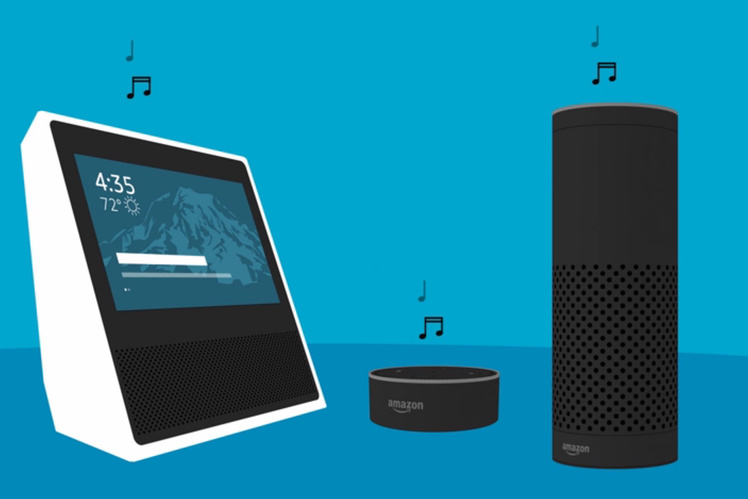 Amazon's Echo devices support multi-room audio, but you need to use the Alexa app to group them up.

This feature lets you play music across multiple Echo devices in your home at the same time. But there are caveats: the feature is only available in a few countries at the moment, and it only supports music, specifically, as well as certain devices and services.

Here's what you need to know and how to set it up. How does multi-room work on Amazon Echo devices?

Multi-room music/audio is one of those buzzphrases that's been kicking about for years. It's a phrase that ultimately refers to what you might expect: audio in multiple rooms. Put simply, it's the ability to listen to music in several rooms. Depending on the system, you'll be able to play different music in different rooms at the same time, or the same music in all rooms, or just a couple simultaneously.

In Amazon's version of multi-room audio, you can create groups with two or more Echo devices. You can name that group – for instance, "upstairs" – and then once you've created the group, you can simply say, "Alexa, play John Lennon upstairs."

Alexa will not only play tunes from Amazon Music but also other streaming services, depending on your location. How do you group Alexa devices for multi-room music?

You can register two or more Alexa-enabled devices to one Amazon account. Once you do that, you must put them all on the same Wi-Fi network, and then you can get them set up for multi-room music using the Alexa app, which includes creating a group for them. Go here to learn how to properly set up your Amazon Echo devices and then here to get them connected to your Wi-Fi.

When ready, update and open the Amazon Alexa app on your mobile device, and then follow these steps: Which Echo devices support the feature?

When the feature launched in 2017, only a handful of devices in the Amazon Echo support it, but that has expanded over the following months. Now, every Echo speaker is capable of multi-room audio (sans the Amazon Tap). Alexa devices from third parties do not support the feature right now. Amazon said it giving tools to developers so that they can enable their speakers soon. We will update when that happens.

That means companies like Sonos, Bose, and Samsung will one day be able to offer Alexa-enabled speakers that support Alexa multi-room music. When that happens, you can play and sync up music not only across your Amazon Echo devices but also third-party Alexa devices. Which music services support the feature?

You can use Alexa to control multi-room music from Amazon Music, Prime Music Spotify, Pandora, Sirius XM, TuneIn, and iHeartRadio. Keep in mind the feature does not support any Bluetooth connections while streaming, such as to external speakers, unless it's a wired connection to an external speaker (like from the Echo Dot). You also can't fast-forward or rewind for music playback.

Note: If you are using Amazon Music Unlimited, Amazon said you should be aware that if you are streaming on any other device, you'll not be able to stream via Alexa at the same time unless you have a Family Plan subscription. Prime Music is also limited to one stream – to a device or a multi-room music group – at a time. You can learn more about Amazon Music Unlimited from here. Here are some examples:

No. Amazon's multi-room music feature does not work with non-music content, whether ebooks, skills or other things.