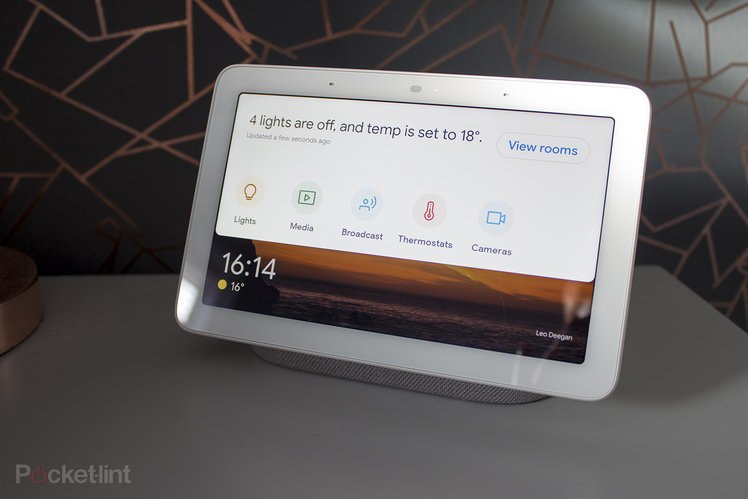 Several substantial leaks from the Google Store have suggested a new Nest device is incoming. The Nest Hub Max is expected to be a 10-inch smart display like the Google Home Hub, but with stereo speakers and a built-in Nest camera.

Here this everything we have heard so far.

It is not yet clear when the Google Nest Hub Max might launch, but given the Google Store leaks, we suspect it will be sooner rather than later.

Google is expected to announce the Pixel 3a and 3a XL at Google I/O on 7 May. Perhaps the Nest Hub Max will launch at the developer conference too?

In terms of price, the Google Home Hub costs £139, though it is currently on offer for £99. We'd expect the Nest Hub Max to be more expensive than the Home Hub, possibly around the £200 mark. The Amazon Echo Show, which will be a natural competitor, costs £220.

Google Nest Hub Max specs: What we want and expect

9to5Google reported that a source familiar with the matter has confirmed the 7-inch Google Home Hub will be rebranded to the Nest Hub. This would allow it to tie in with the rumoured Nest Hub Max when it launches.

Google refreshed its Google Store and accidentally revealed the Nest Hub Max in the navigation menu. Not much information was provided and the Google Store has since reverted back to the previous design, but the appearance of the Nest Hub Max name further supports the idea that the device exists. Based on the leak, the device will offer a 10-inch HD display, a built-in Nest camera with motion and sound alerts and stereo speakers. No further details were provided though so currently there is no information on when it might launch or what it might look like, but we would place our bets on a larger Google Home Hub. 9to5Google speculated that a prototype called Sherlock, which appeared in the Google Fuchsia OS, was a larger smart display to the Google Home Hub.

The site spotted that Sherlock would feature 2GB of RAM, an Amlogic T931 processor and a 12-megapixel Sony IMX277 sensor.