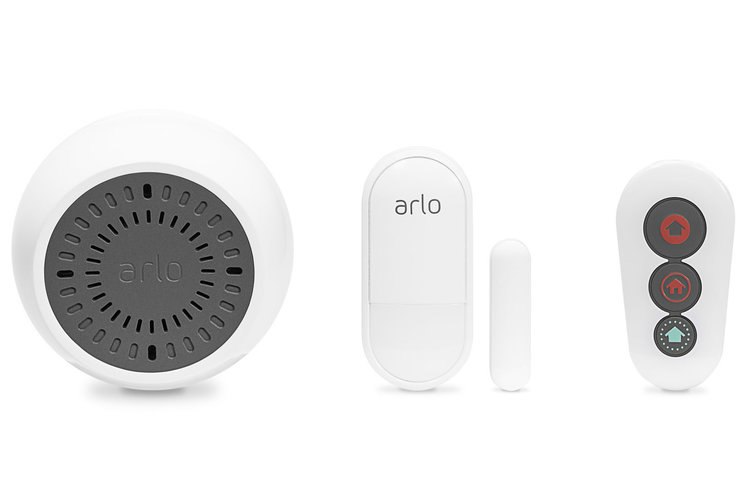 Arlo is expanding its smart home presence and expanding beyond security cameras. Closing the loop on other aspects of home protection is the new Arlo Security System.

The smartest part of the new system is the Multi-Sensor. This sensor does everything, making it distinctly different to rival propositions. It will detect smoke of carbon monoxide, it will detect water leaks, it will detect if a door or window is opened and it also detects temperature changes.

Throw a couple of Multi-Sensors into your home and you're going to have a lot more information about what's going on.

The Security System also includes a siren. Arlo has previously included a siren in its hub – and more recently in the Arlo Ultra camera – but this also provides red LED strobe lights to alert people – alongside the noise. The Arlo Siren is battery operated, so you can place it wherever you want.

The system can be controlled through the Arlo app, but there's also the option of a remote. This will let you press the button to secure your home and has the advantage of meaning you could grant entry to someone else, without them having access to your smartphone.

The new system, as part of Arlo's new Works with Arlo programme, will also allow you to create interactions with other devices. You'll need an Arlo SmartHub to get it all to work, but that could expand the actions to having lights turn on when you open a door for example.

The Arlo Security System will be available in the second half of 2019; there's been no mention of pricing.