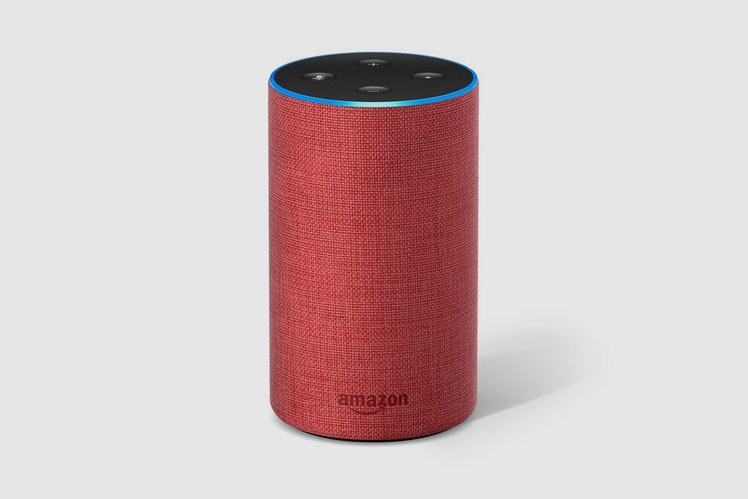 The (RED) Echo is back! And it's re-launching at a reduced price exclusively at Amazon for Black Friday.

(RED), founded in 2006 by Bono and Bobby Shriver, is a charitable organisation that help fight AIDS. It teams up with famous brands and companies, like Apple and Amazon, which agree to contribute up to 50 per cent of their profits from (RED)-branded goods and services to the (RED) Global Fund grant program. As of 2017, (RED) had generated more than $475 million to fight AIDS, Tuberculosis, and Malaria.

Last year at this time, Amazon revealed it partnered with (RED) on a US-only sale for charity, called (SHOPATHON)RED, which included exclusive (RED) products. You could find red-coloured items in a range of categories on Amazon's US site, such as fashion, cosmetics, kitchen goods, tech and more. Amazon's (RED) Echo, which works exactly like the regular second-generation Echo, launched as part of the sale.

People who bought the (RED) Echo or other (RED) products on Amazon US helped raise money for the Global Fund to fight AIDS in Africa. Now, Amazon is offering the second-generation Echo in red, again, in support of the Product (RED) effort and its goal to combat AIDS. Amazon said it will donate $10 to the charity for each (RED) Echo sold. Again, it's works just like the regular Echo, only it sports a red fabric.

It also costs $99.99 and is available for preorder now. Although it officially launches on 5 December, it'll be discounted during Amazon's Black Friday extravaganza. You will be able to get it for just $69. And, yes, $10 will still be going toward the (RED) charity.